Posted on June 9, 2015 by highplainschasing

I renumbered the storm chase days, as I skipped some time on the road when my car broke down. Technically, those weren’t storm chase days, but they were days away from home, waiting for storms, much like travel days, so I decided to count them. It’s all part of Storm Chase 2015.

Yesterday was mostly a travel day home from Denver, CO, where we had spent the previous evening.

The Storm Prediction Center (SPC) had issued a Marginal Risk for parts of New Mexico, and as we approached the Colorado/New Mexico border, we could see storms beginning to fire over rural northeastern New Mexico.

We didn’t chase them per se, but watched them from near Springer, NM. I took a few photos to point out some features of strong storms, as we were between two severe warned cells.

First, this storm slightly northeast of Springer, NM, shows a back-sheared anvil. I have explained this previously, but this feature forms when air rises very rapidly in the updraft. Once it passes the equilibrium layer (EL), it has enough kinetic energy that it pushes UPSTREAM against the upper level winds to form this structure. 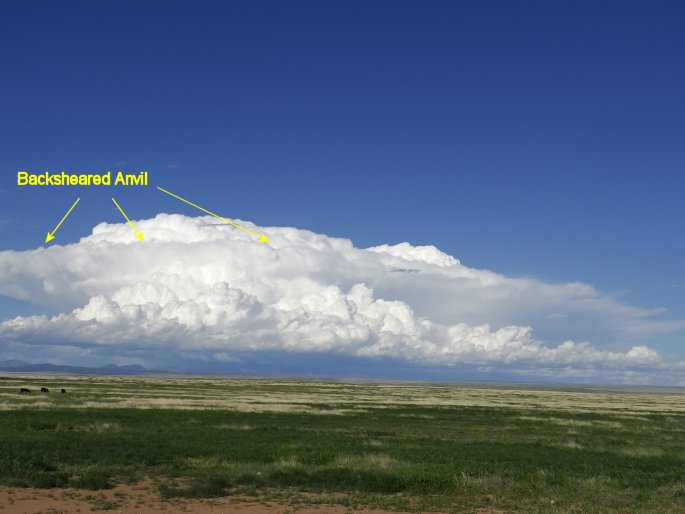 The second storm, located southeast of Springer, NM, showed a lenticular cap. In this case, air was rising quickly in the updraft as well. It pushed a layer of air above it upwards, until the temperature of the parcel reached its dewpoint, causing a lenticular cloud to form, much like that seen over mountain ranges. 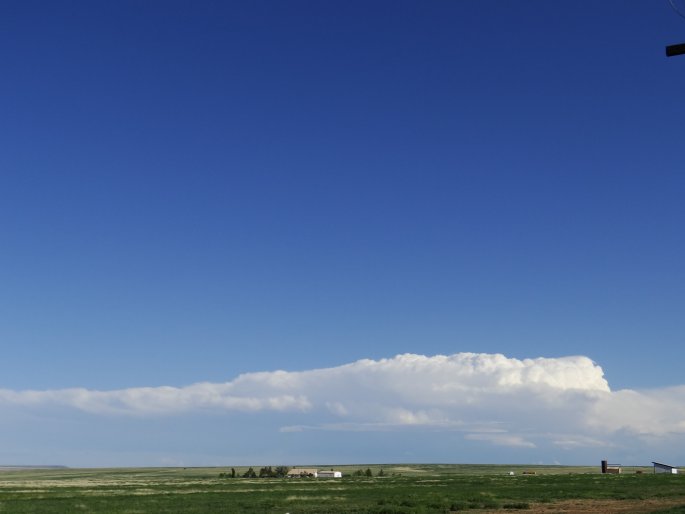 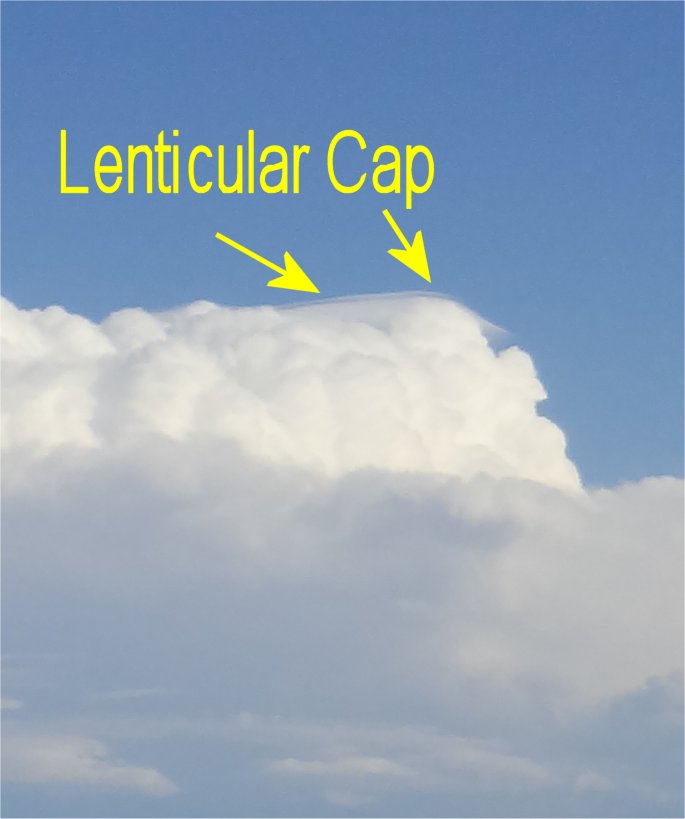 The second storm had passed over I-25 earlier in the afternoon, and left a several hundred yard swath of deep hail across the road. 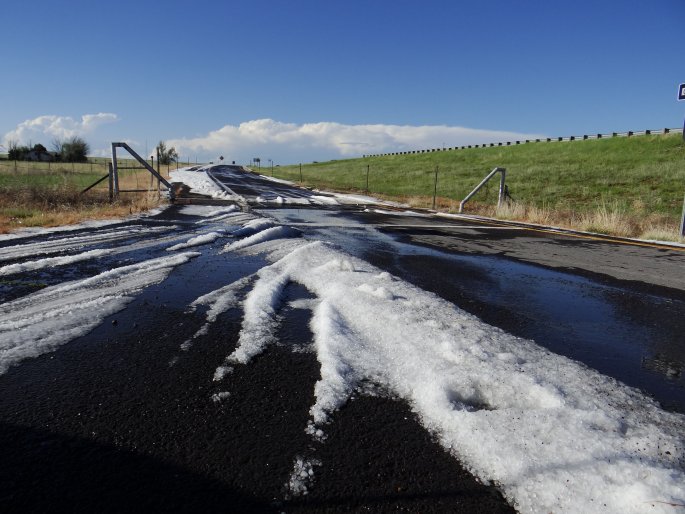