Posted on June 8, 2015 by highplainschasing

Yesterday was supposed to be a straight-forward, albeit long drive from Grand Island, NE, to Rio Rancho, NM. Instead, the Storm Prediction Center (SPC) issued a Slight Risk for our area.

Associated with the Slight Risk area was a 2% Tornado Threat ring.

I was dismissive of this threat at first. I had just left an Enhanced Risk the day before that had busted hard, and now the dynamics had moved east. However, as I drove west on I-80, I kept seeing signs that there were tons of boundaries in the area. 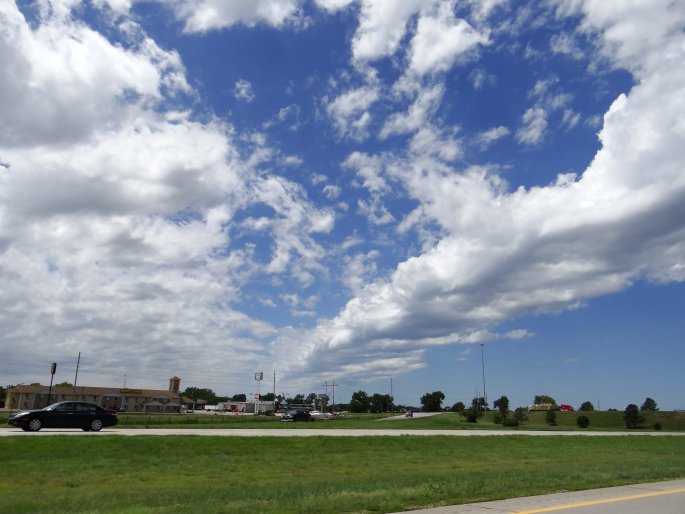 I turned south at Exit 126 in Nebraska, planning on zig-zagging through a few new counties for my amateur radio friends…with an eye on the vertical development of the cumulus clouds.

We stopped in Holyoke, CO, to refuel. From there, a strong storm had formed to our northwest, moving southeast, though it had not been severe-warned yet. I drove just north of Holyoke on US-385 to get a closer look. 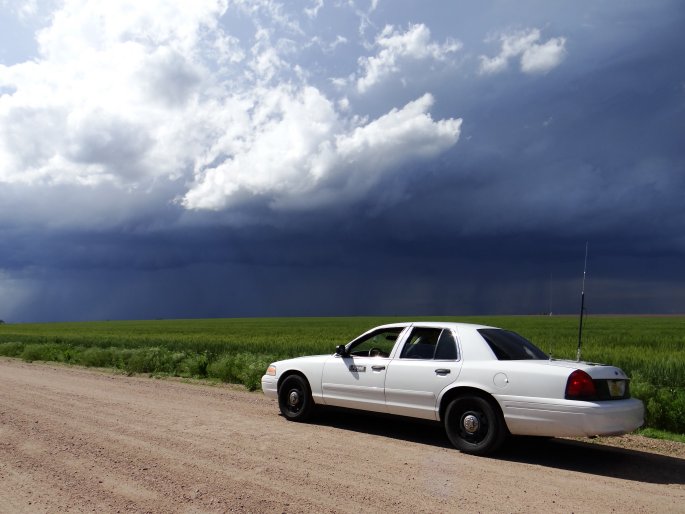 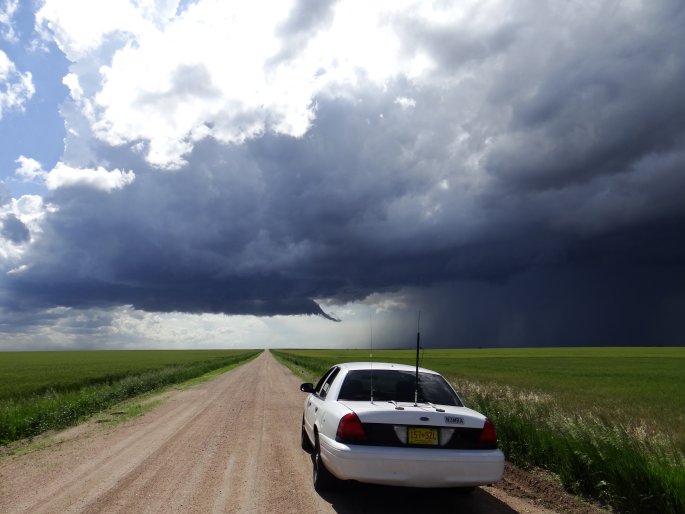 Underneath the storm, moving RAPIDLY southwest, a gustnado formed at the updraft/downdraft interface. It was clearly rotating and extended from the ground to the cloud base. The first series of photos show it. 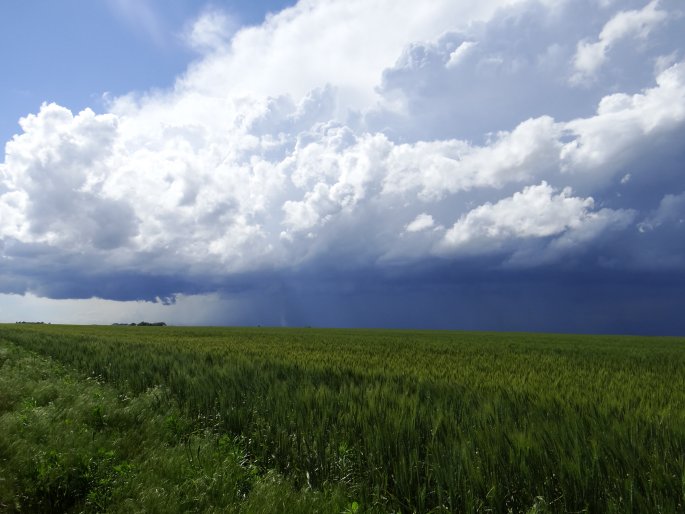 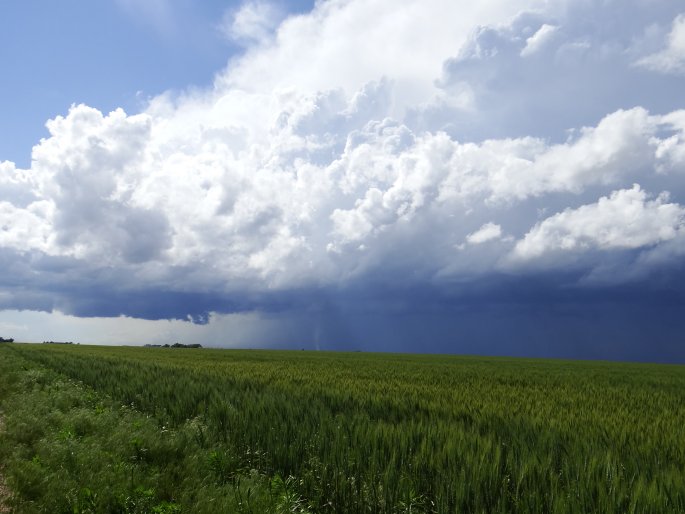 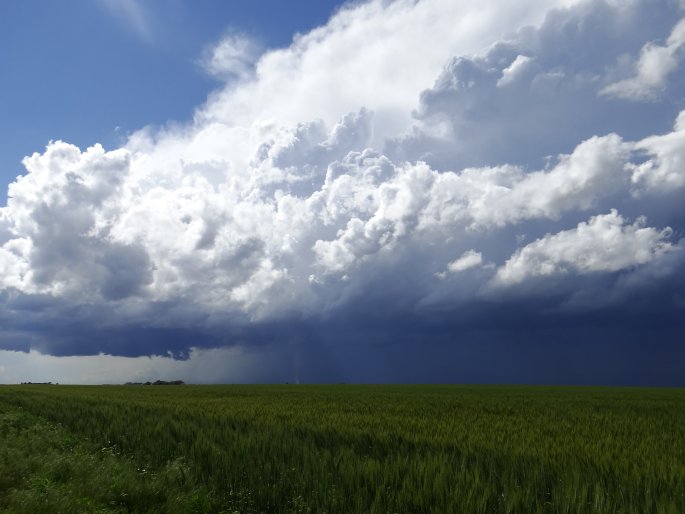 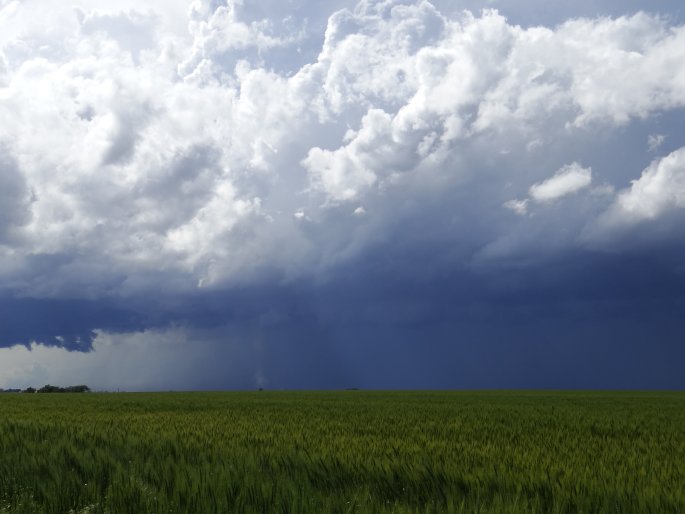 If you didn’t see it, here is an enhanced version, zoomed in and with more contrast: 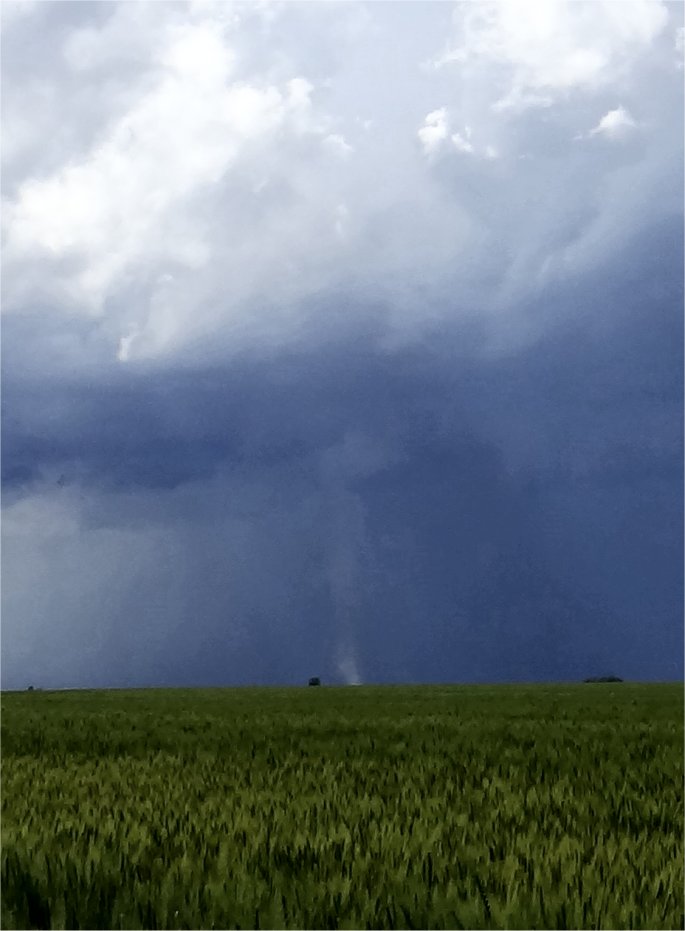 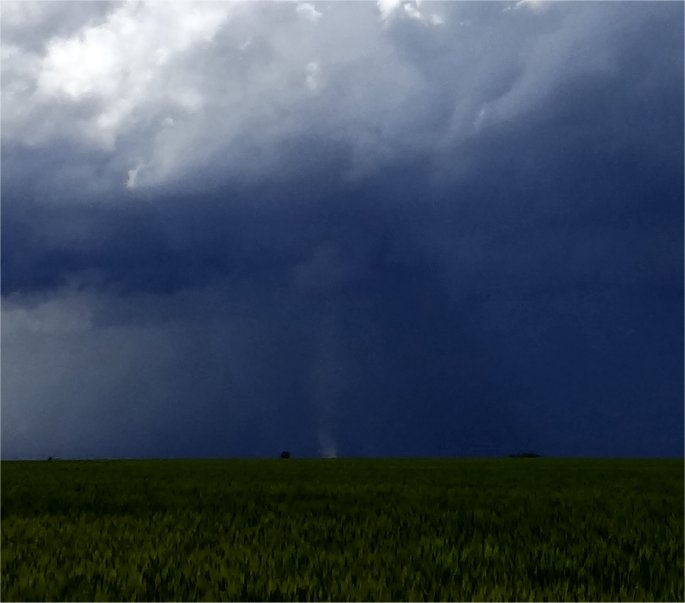 We lingered for a few minutes longer and saw a second one, though this one was shorter lived. 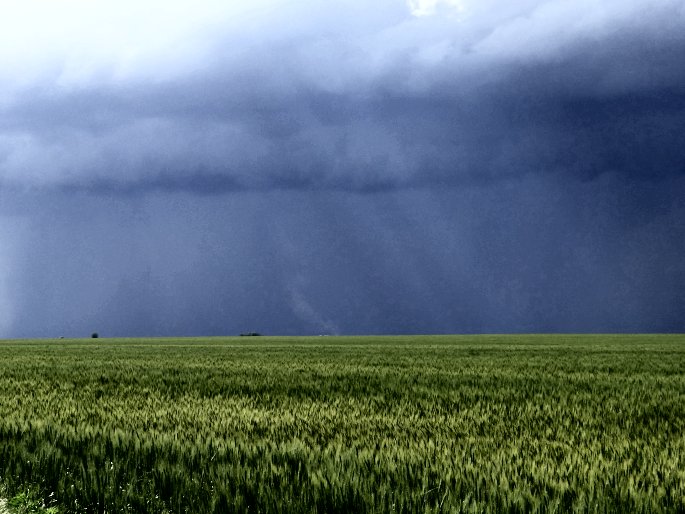 We were quickly losing ground between us and the storm. And with the gustnadoes moving that fast, I didn’t want to wait for one to form too close to me. We bailed and headed south, stopping at several dirt crossings along the way to watch. We watched the outflow dust for more gustnadoes along that interface. We didn’t see any more, but the outflow dust was beginning to darken the sky to our north. 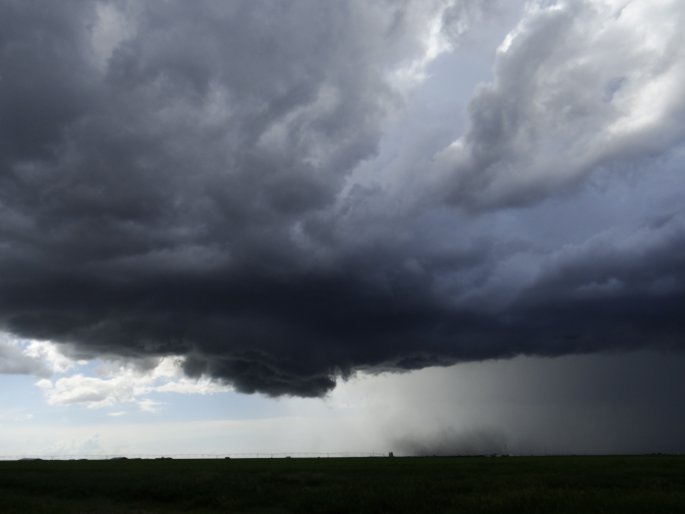 The storm picked up speed, but with limited road network (south, but fast), we soon outran the storm. On US-385, waiting for the storm to catch up, we moved four box turtles out of the road. While we waited, a Severe Thunderstorm Warning was issued by the Goodland National Weather Service (NWS) for quarter-sized hail and 60 mph wind gusts. 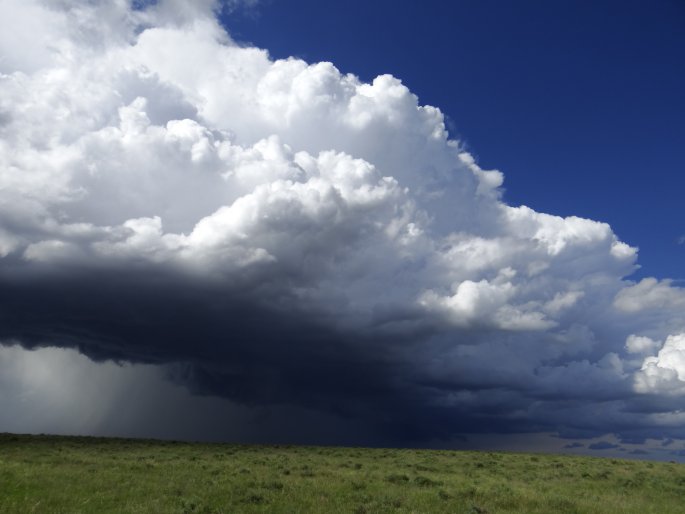 We left south, crossing into Kansas, and then back into New Mexico, headed towards Idalia, CO, where we saw a tornado a few years ago. From there, we could see that a blobby mess had blocked our path west and south. We could go back east, and perhaps run from the mess, or head north, even though it meant we would have to spend the night in Colorado. We went north, crossing north of the storm on US-34 on our way to I-76. 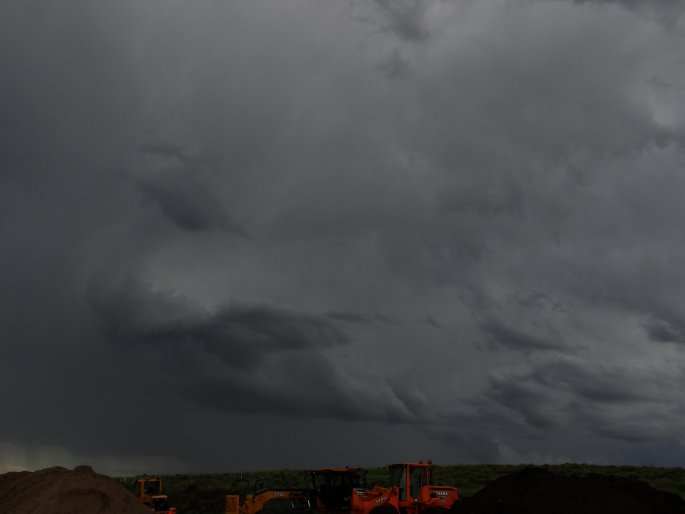 The sunset near Akron, CO, was amazing. We stopped and took several photos before pressing past the storms to spend the night in Denver. 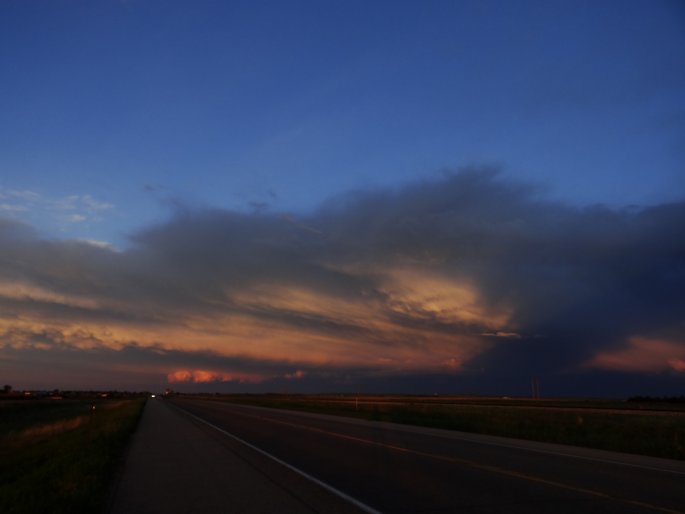 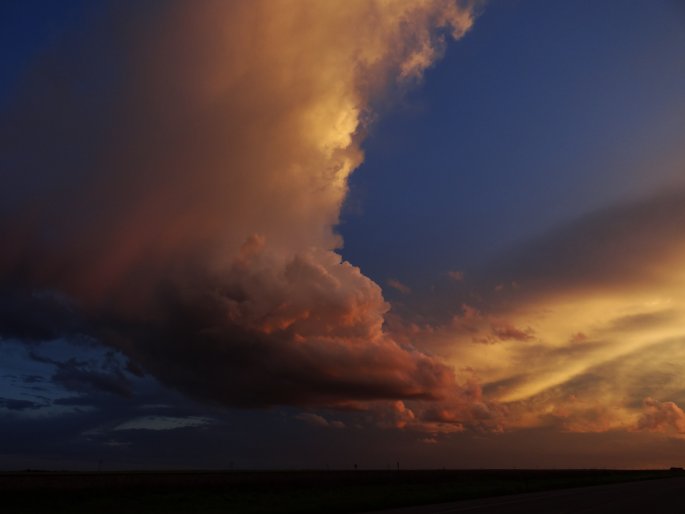 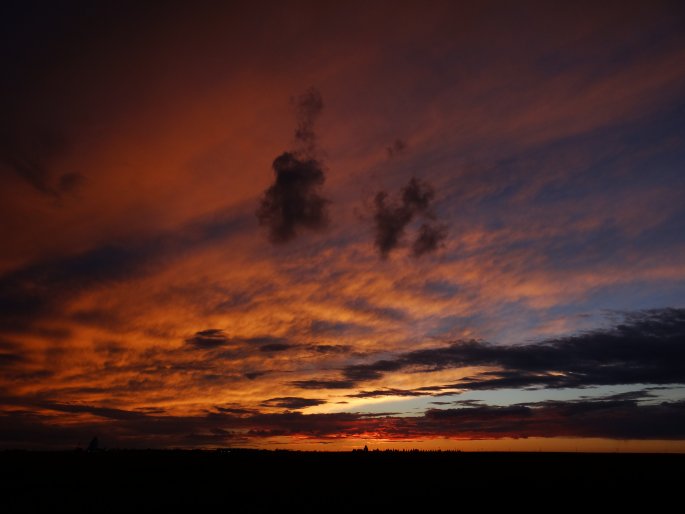 This blog is about my tales in storm chasing. My name is Seth Price and I am an instrumentation instructor at New Mexico Tech. My amateur radio call sign is N3MRA.
View all posts by highplainschasing →
This entry was posted in Chase Account, Photography and tagged #stormchase, 2% tornado threat ring, gustnado, meteorology, outflow dust, photography, severe, slight risk, storm, storm chase, sunset, weather. Bookmark the permalink.