Posted on June 7, 2015 by highplainschasing

We started our day in Kearney, NE, and took I-80 and US-30 northeast to Columbus, NE. At Columbus, we headed north on US-81 until we reached Norfolk, NE.

At Norfolk, we spent a long time going through model data, surface observations and possible scenarios. The risk area included the southeastern corner of South Dakota and northwestern Iowa. The biggest problem with this is that there are limited Missouri River crossings. We could very easily follow a storm to the banks of the Missouri River, and then have to detour 50 miles to find a crossing.

Cumulus clouds began to build over northeastern Nebraska, and we decided our best bet was to head north, and a little west to catch potential storms at initiation. To the north, there are several river crossings, whereas to the south and east, there are only a few until you reach Omaha.

We went northwest on US-275 towards Inman, NE, when a cell fired over Inman. It was severe warned by the time we arrived at the crossroads of US-275 and US-20. We decided to take US-20 east, and parallel this storm.

The storm itself was high-based, and showed little rotation visually. We followed it until more cells began to pop to our south and west. Then, instead of chasing the storm we were following, we had to find an escape route from the ones that had formed southwest of us. They were showing weak rotation, but the primary threat was hail. We stopped in Plainview, NE, to evaluate whether to go southeast or east, as north and west were now blocked by storms. 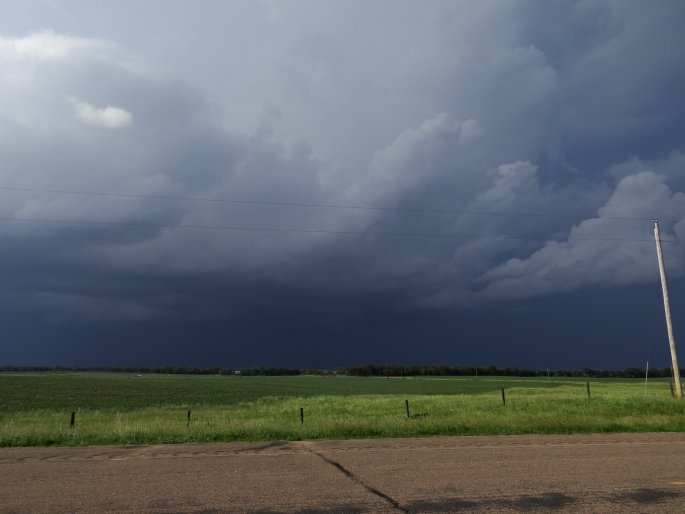 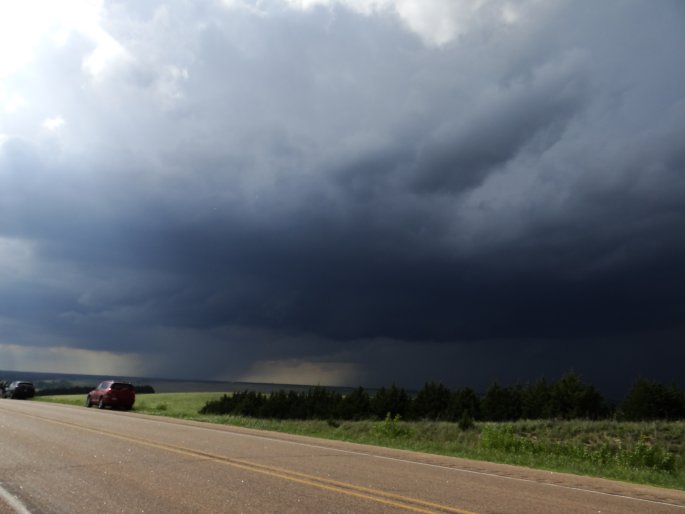 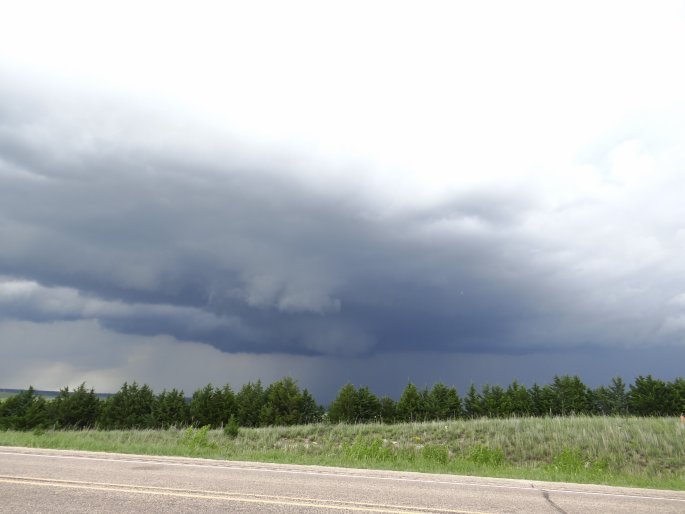 We waited for quite some time under a gas station overhang. We had a window to go southeast, but then we ended up speaking to a local police officer who was concerned about the weather. He was glad to see us and hear what we had to say.

We waited a while longer and then headed southeast on NE-13, behind the storms that had now congealed into a rainy, blobby mess of sub-severe or barely-severe storms. 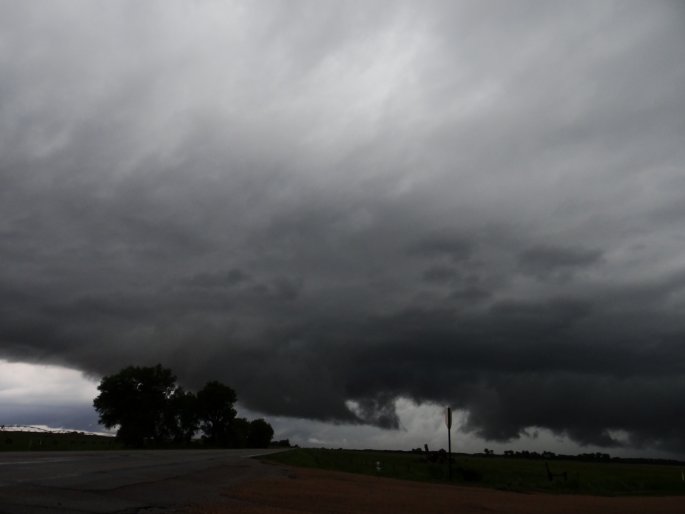 We stopped and took a few photos of the shelf cloud along NE-13 near Foster, NE, before heading back to Norfolk, NE. The day was over, netting almost no severe storms. Storms just didn’t happen the way they were forecasted to happen. 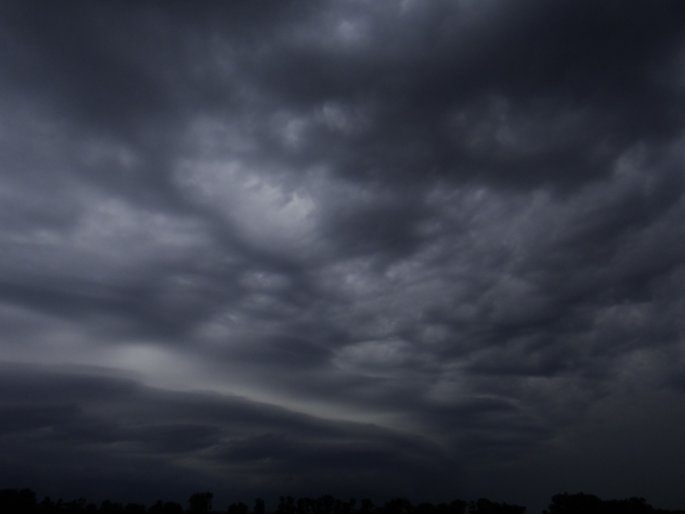 Joey seemed to have fun on this chase! 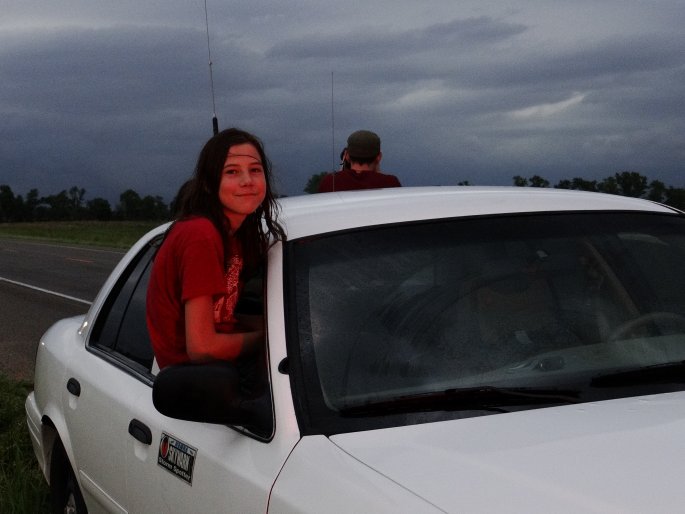 In Norfolk, we evaluated the threat of severe weather for Sunday. It looked like possible severe storms in Illinois and Indiana, but the storms were less likely to be discrete. With that being another 500 miles east, I decided not to continue along that path.

I parted with the Virginia Tech storm chase team, who will follow this system back to the east coast over the next few days.

Today, there is still some threat in Nebraska, Kansas and Colorado, and I will evaluate that on my drive, but, for the most part, I am headed home.

This blog is about my tales in storm chasing. My name is Seth Price and I am an instrumentation instructor at New Mexico Tech. My amateur radio call sign is N3MRA.
View all posts by highplainschasing →
This entry was posted in Chase Account, Photography and tagged #stormchase, 10% Tornado Threat Ring, Enhanced Risk, meteorology, nebraska, photography, severe, storm, storm chase, weather. Bookmark the permalink.