Posted on June 4, 2015 by highplainschasing

Yesterday started early. My prediction yesterday was that we needed to get to northern, or perhaps northeastern Colorado, and so we left at 7 am.

The drive up to Colorado was uneventful until we approached the Denver area. Soon after we arrived, a Tornado Watch was issued and cumulus clouds were beginning to show vertical development. I stopped to fuel up in Denver and the weather was warm, humid, and a little breezy- all good signs for bad weather.

We fought our way though Denver traffic, finally leaving the metro area behind. We stopped at Bennett, CO, for a late lunch and watched a few storms build. 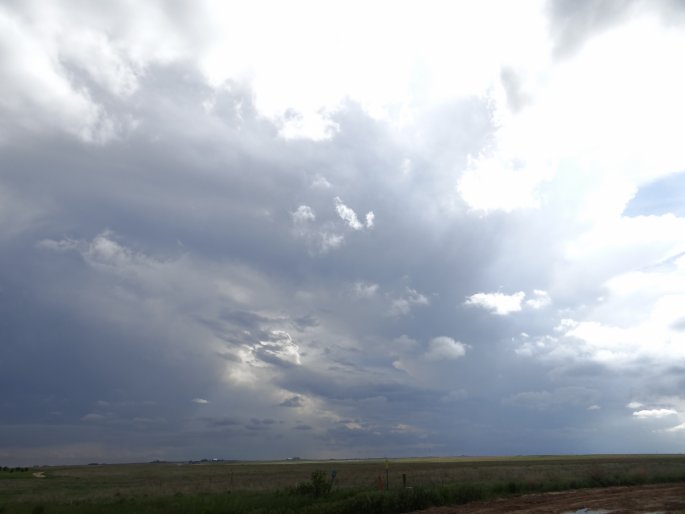 There were storms becoming severe warned to our south, so I found a road south to Kiowa.

Near Kiowa, we got a view into the updraft vault of this storm. It was not super-organized, but we did get some pea-sized hail from it. 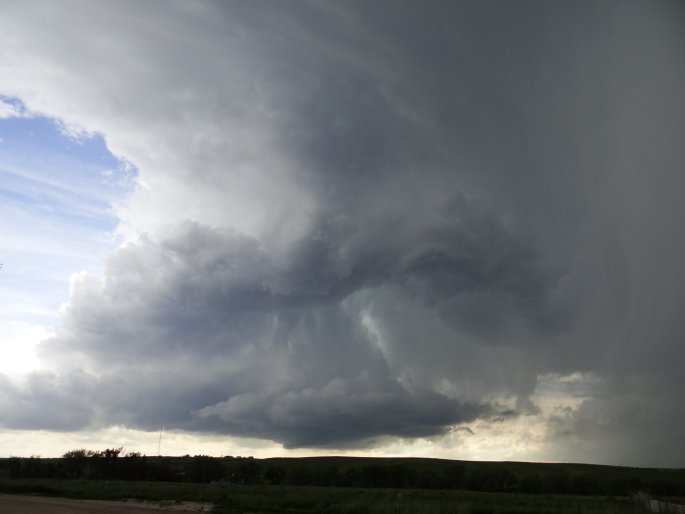 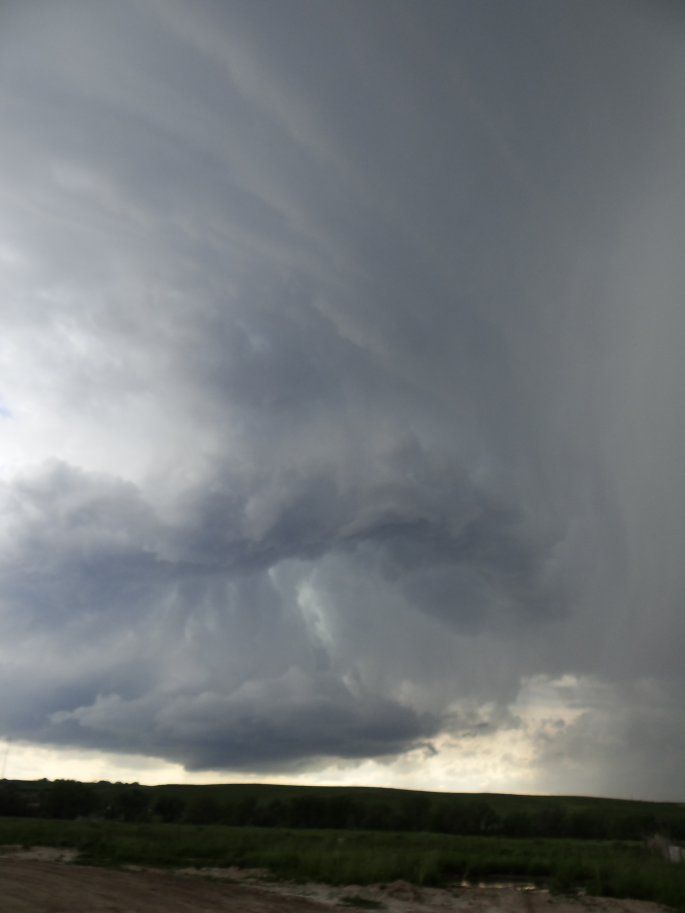 A few more disorganized storms developed southwest of the Denver area. I headed west on CO-86 until I found more pea-sized hail. I doubled back and headed east out of the precipitation and perched on a hillside to watch the storm from a distance.

Here, I ran into a bunch of my old friends from Virginia Tech. We waited on the hillside for the precipitation to move off the roadway, and then punched west again on CO-86.

This storm was becoming much more organized, and it soon produced a rapidly rotating wall cloud a few tenths of a mile away. 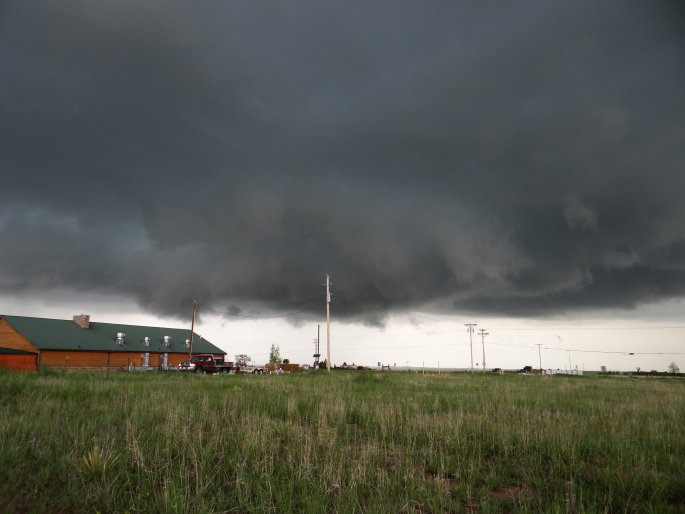 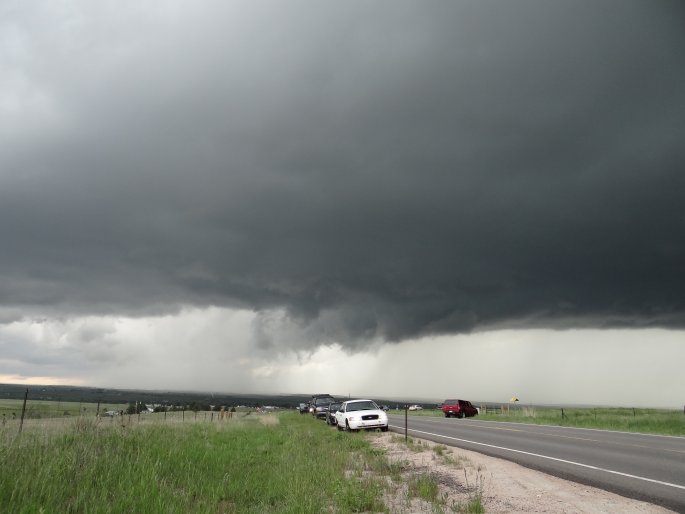 We watched it, but with no safe escape route to our south, we bailed and headed east to watch it so more.

As this storm moved, it became much less organized, ingesting the cold outflow air from the previous storm (and the air was cooler than I expected, in general). This storm became high-based, and so we trekked east, ending the day in Limon, CO. 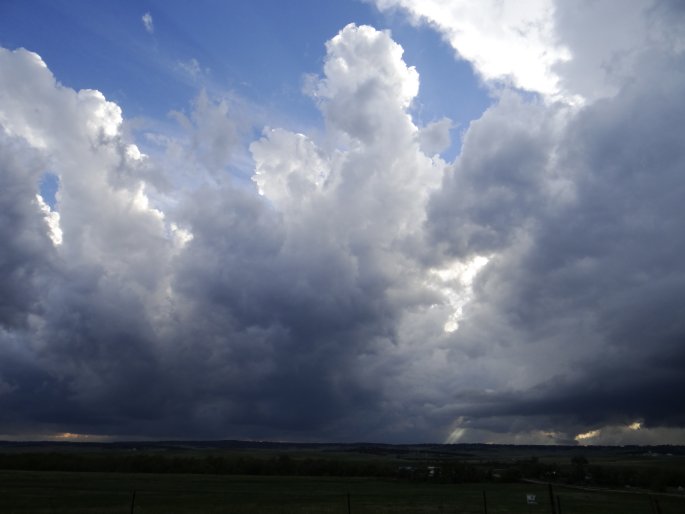 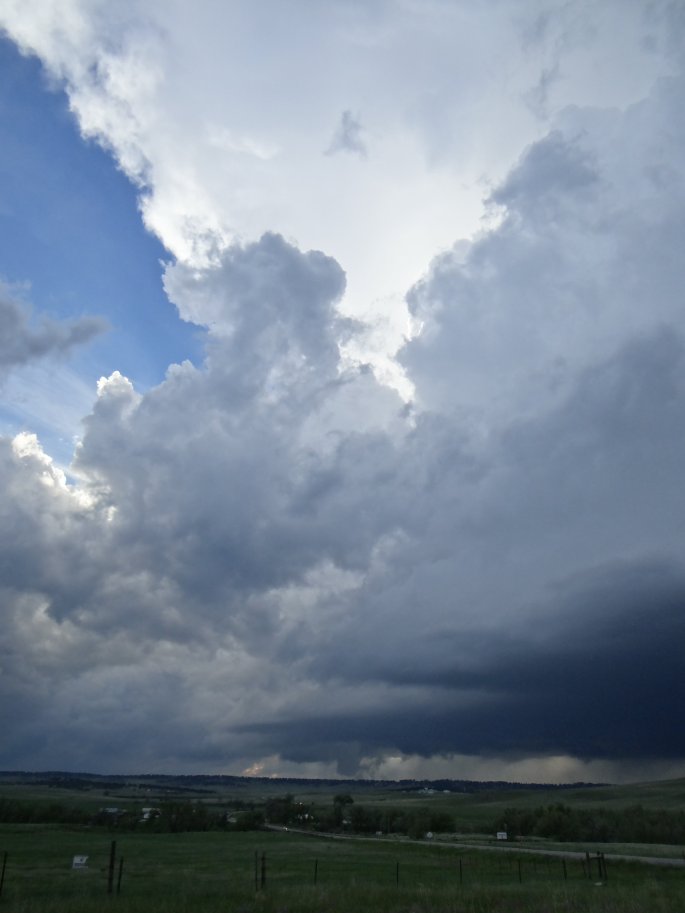 I tried to take some lightning photos, but none of them turned out.

We are gearing up for another active day today.

This blog is about my tales in storm chasing. My name is Seth Price and I am an instrumentation instructor at New Mexico Tech. My amateur radio call sign is N3MRA.
View all posts by highplainschasing →
This entry was posted in Chase Account and tagged #stormchase, colorado, Limon, meteorology, rotating wall cloud, severe, Skywarn, storm, storm chase, weather. Bookmark the permalink.