Posted on July 4, 2014 by highplainschasing

This evening, monsoon season thunderstorms began to fire across the southwest. One of these storms moved through Rio Rancho this evening, so we drove out to some empty land less than a mile from my house (I do my daily jogging on this road) to watch the storm approach. 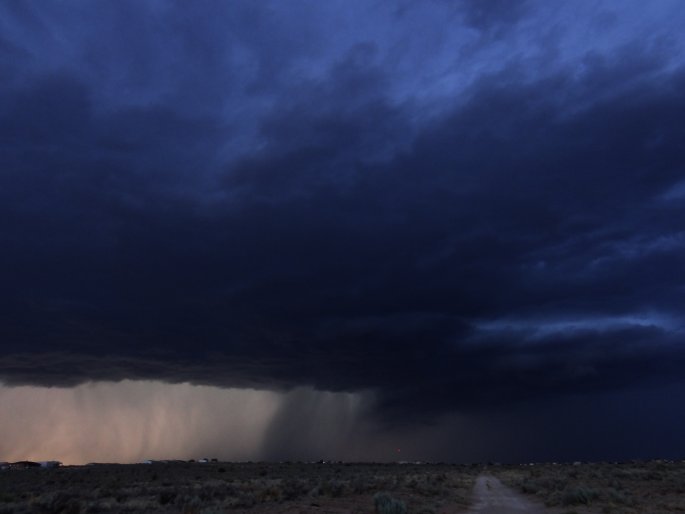 On the radar images, I am the red dot nearest to Rio Rancho, NM. At first, the two lines of storms appeared to be “zipping up” where both ends begin moving together and then in unison. 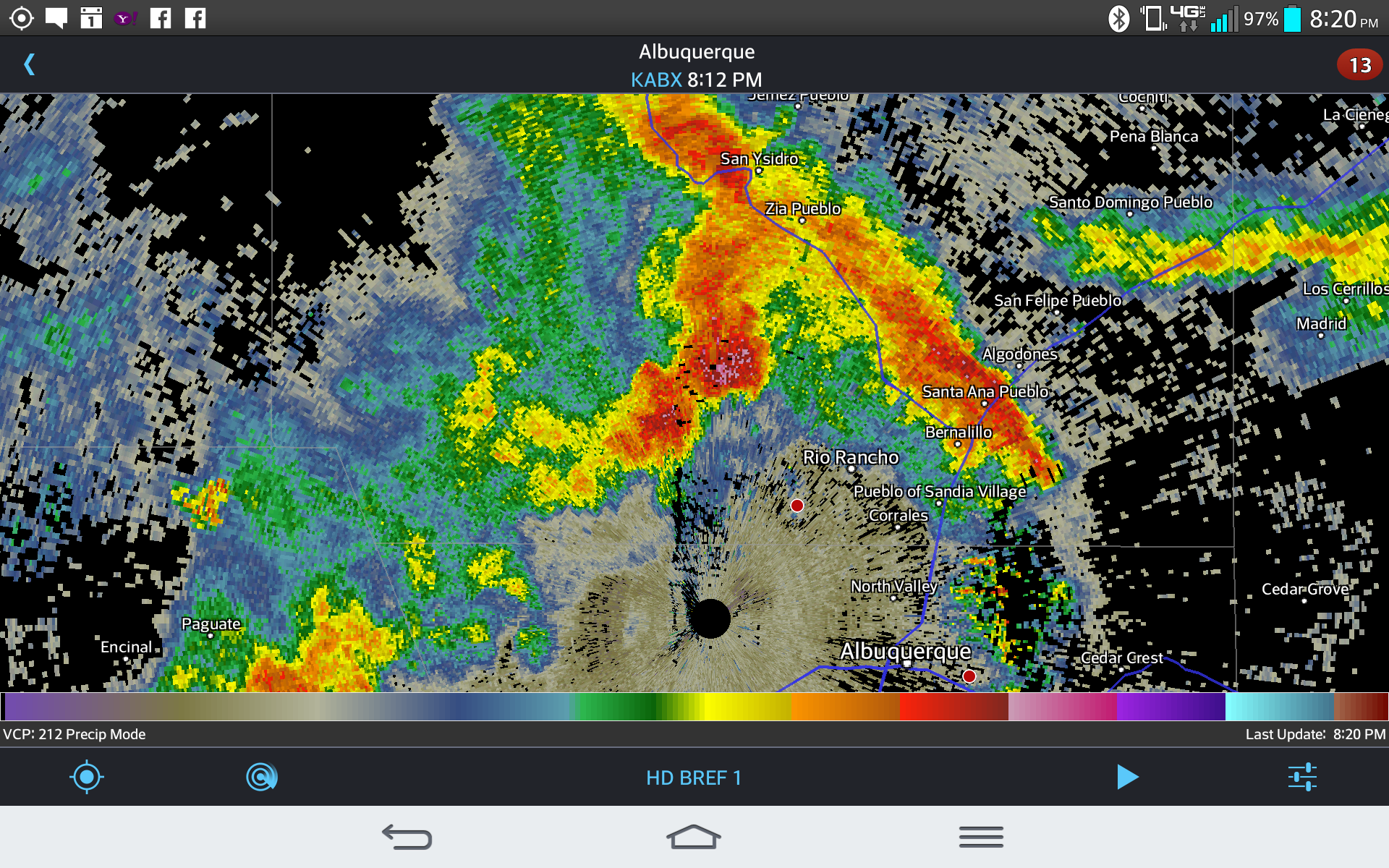 Once the full potential of the outflow boundary was realized, the entire area in between the two lines fired up, lowering what I call the “shape charge” wind effect. We had this last July when two outflow boundaries zipped up, and produced a large severe wind event through Albuquerque. 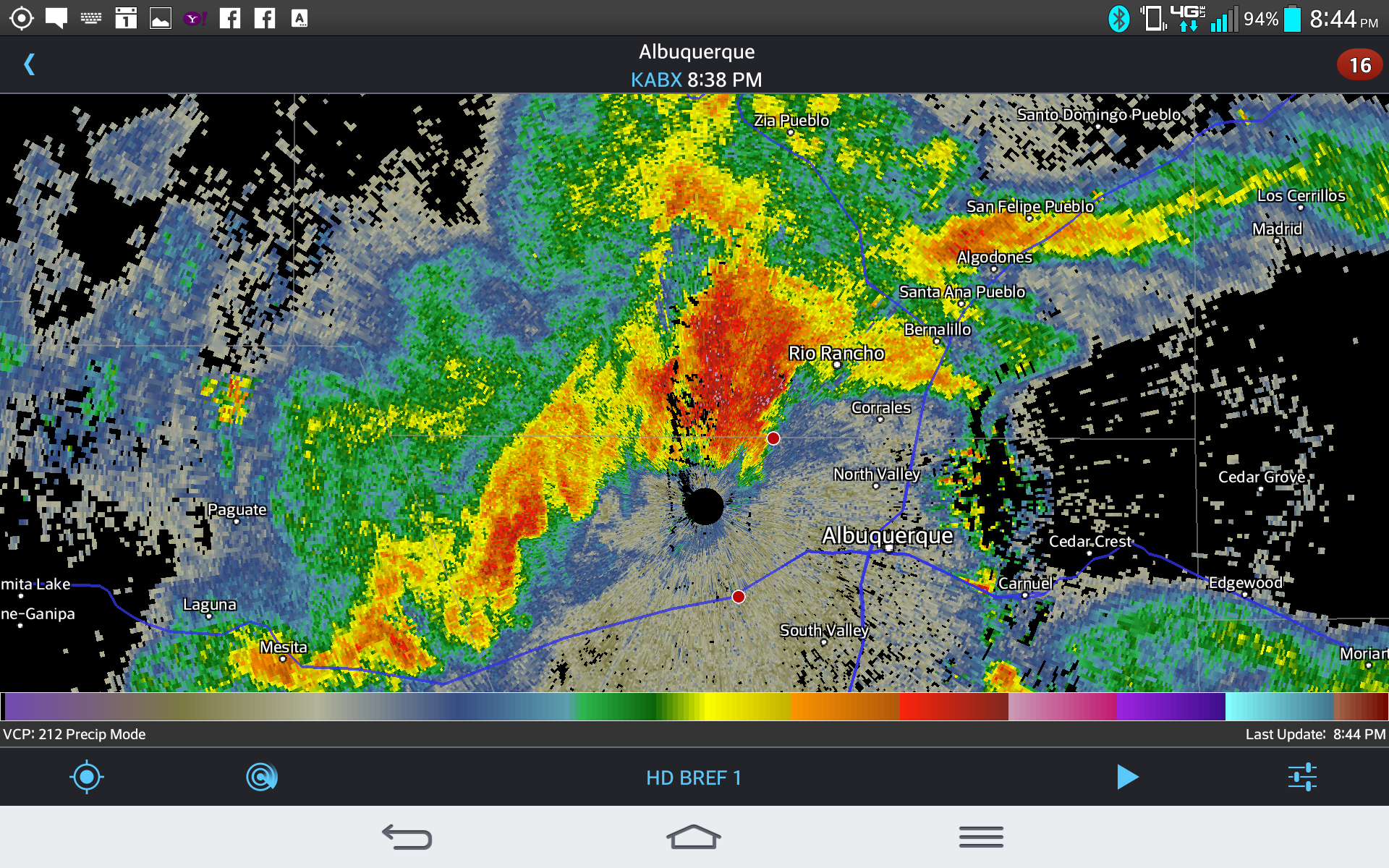 As the storm dissipates, notice the multiple outflow boundaries south of Albuquerque. I will discuss these at a later time, as I have several great radar images of them traveling and interacting with one another. 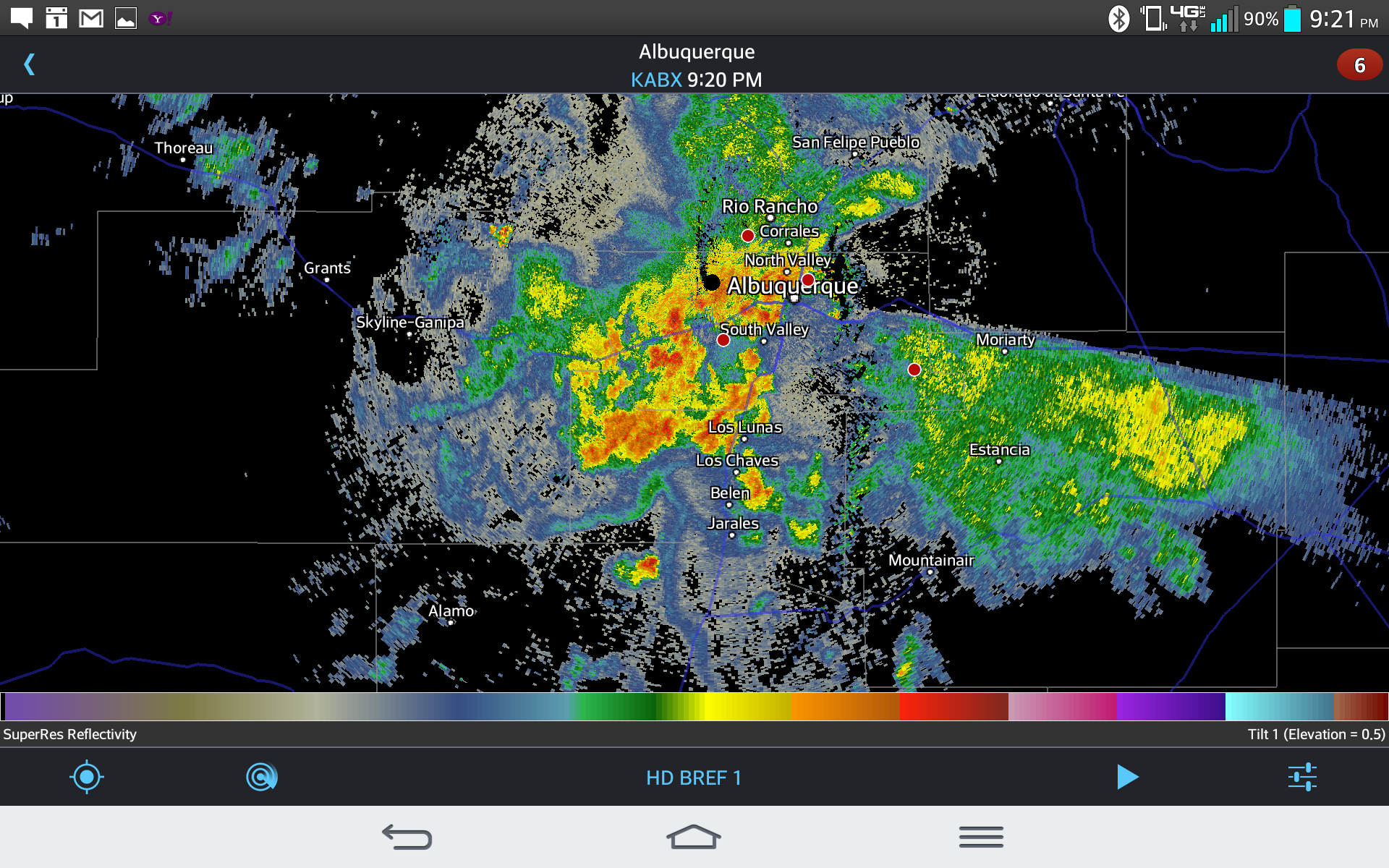 Thus far, we’ve had over 0.4 inch of rain (5% of our annual rainfall in the past half an hour), which will make my garden happy. I’ll report a full storm total when the rain stops.

Radar captures are from RadarScope. If you use a tablet or smart phone, I highly recommend this app!

This blog is about my tales in storm chasing. My name is Seth Price and I am an instrumentation instructor at New Mexico Tech. My amateur radio call sign is N3MRA.
View all posts by highplainschasing →
This entry was posted in Chase Account, Local WX, Possible Chase Opportunity, Radar Imagery and tagged meteorology, outflow boundary, radar, storm, storm chase, weather. Bookmark the permalink.