At first, we targeted Crane, TX. We got out of the hotel and checked radar- storms were already firing north of us near Kermit, TX. There was one particular cell that looked good on radar, so we made our way north on TX-18.

As we approached this cell, storms began to fire all over the threat area. Cells were beginning to cluster near Crane. We weren’t interested in chasing a cluster, so we stayed west, and were working on which cell to chase. 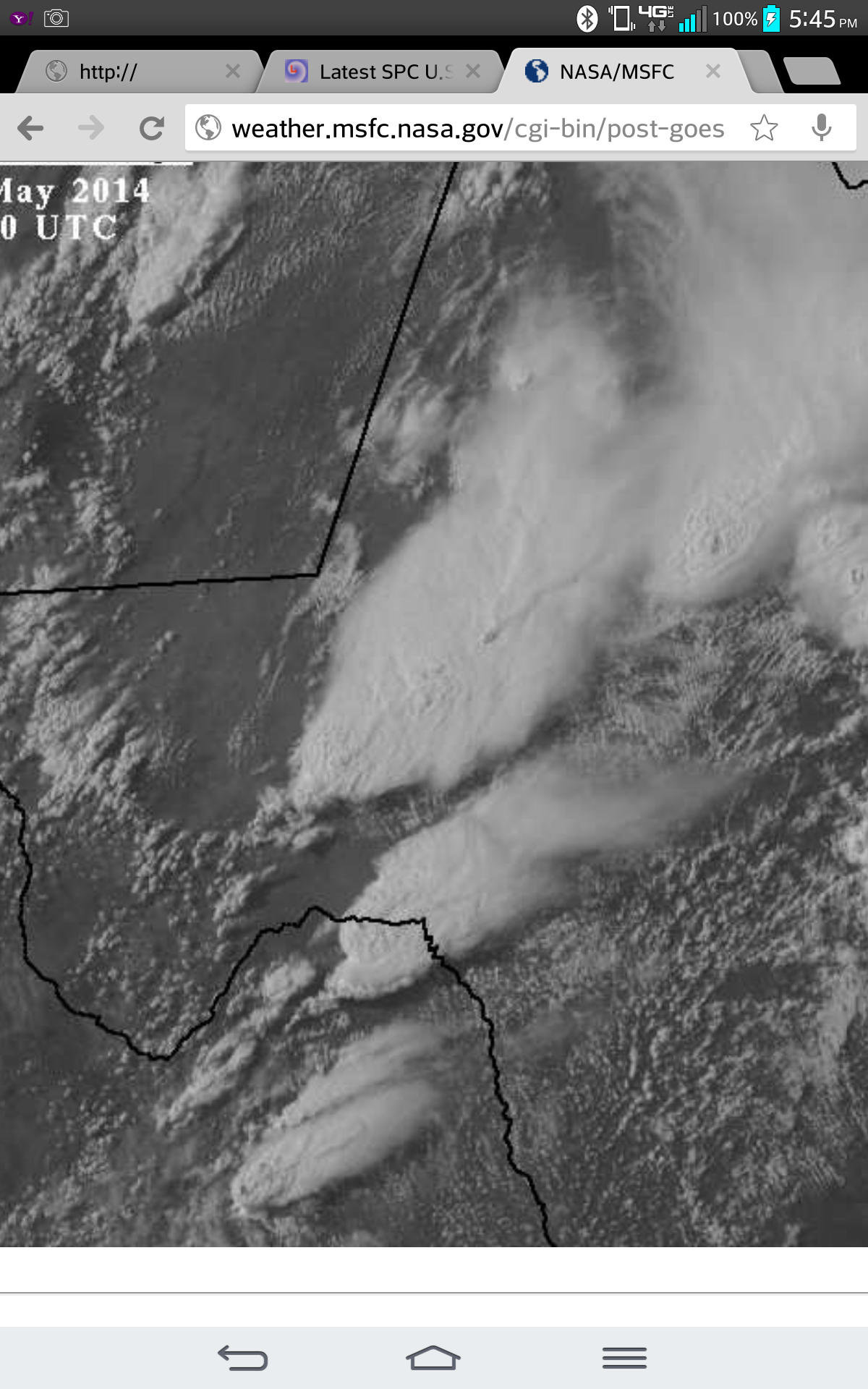 To our south, a few cells were now firing near Fort Stockton. While I had targeted Crane, my chase partner had targeted near Sheffield, where the Pecos River and I-10 cross. These cells were headed that direction.

We decided to tag south and try to get to the Fort Stockton cells, but were quickly distracted by a stripped down Low Precipitation (LP) supercell to our west. It looked good for quite some time, so we headed west to intercept. 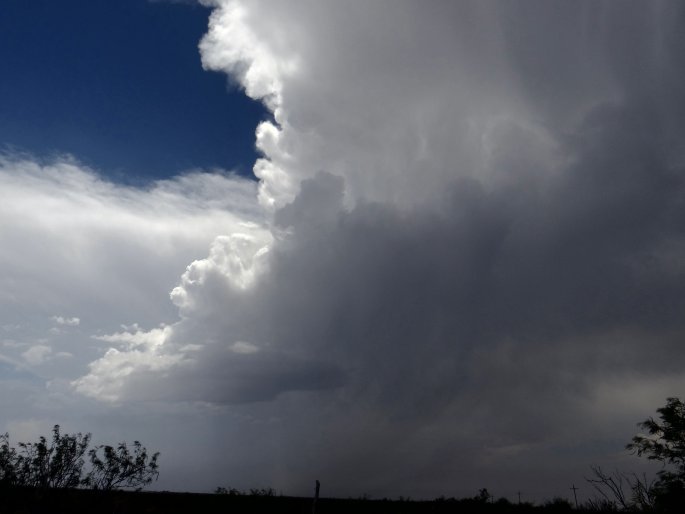 We watched the cell begin to weaken and then returned our attention to the cells to the east. We headed north slightly and then southeast on TX-11 until we reached Girvin, TX, which was the crossroads between US-67/385 and TX-11. We had a choice- go northeast and perhaps get in front of the storms cluster that was severe warned north of Crane, or go southwest, and then west on I-10 and find a weak spot to punch through the squall line that was developing east of Fort Stockton, headed towards Sheffield. We turned south.

We approached the squall line from the back, but it was now severe warned as well, and there was no spot to break through. We started to see pea sized hail, reflectivities becoming more intense to our southwest (and moving in our direction), as well as some rotation present in the center of the line. We pulled over at a gas station, and chatted with a biker and a traveler who pulled over for shelter from the storm.

After that, we stopped the chase and headed towards Lubbock for the night, unable to break through either line.

Lessons learned: Pick a location and stick with it. It gets easy to underestimate distances when you are on the road. Sometimes, you can’t double back- you have to make a choice and stick with it. No matter what we had chosen yesterday, we would have seen storms. If we had chose Crane, Sheffield, or any of our other discussed targets. What netted us very little storm to see was bouncing between all of our target areas.

Soon after we entered Lubbock, storms that had formed over New Mexico began to rain out over Lubbock. One interesting tidbit about the radar image I captured below- it looks like the storm has dissipated over Lubbock. It actually hasn’t- it is passing directly over the radar site, and thus is in the “cone of silence” above the radar. Because the radar dish does not scan past a certain horizontal angle, there is an area of NO radar coverage above each dish. The storm passed over this, and thus causes the storm to look like it has fallen apart as it enters Lubbock. 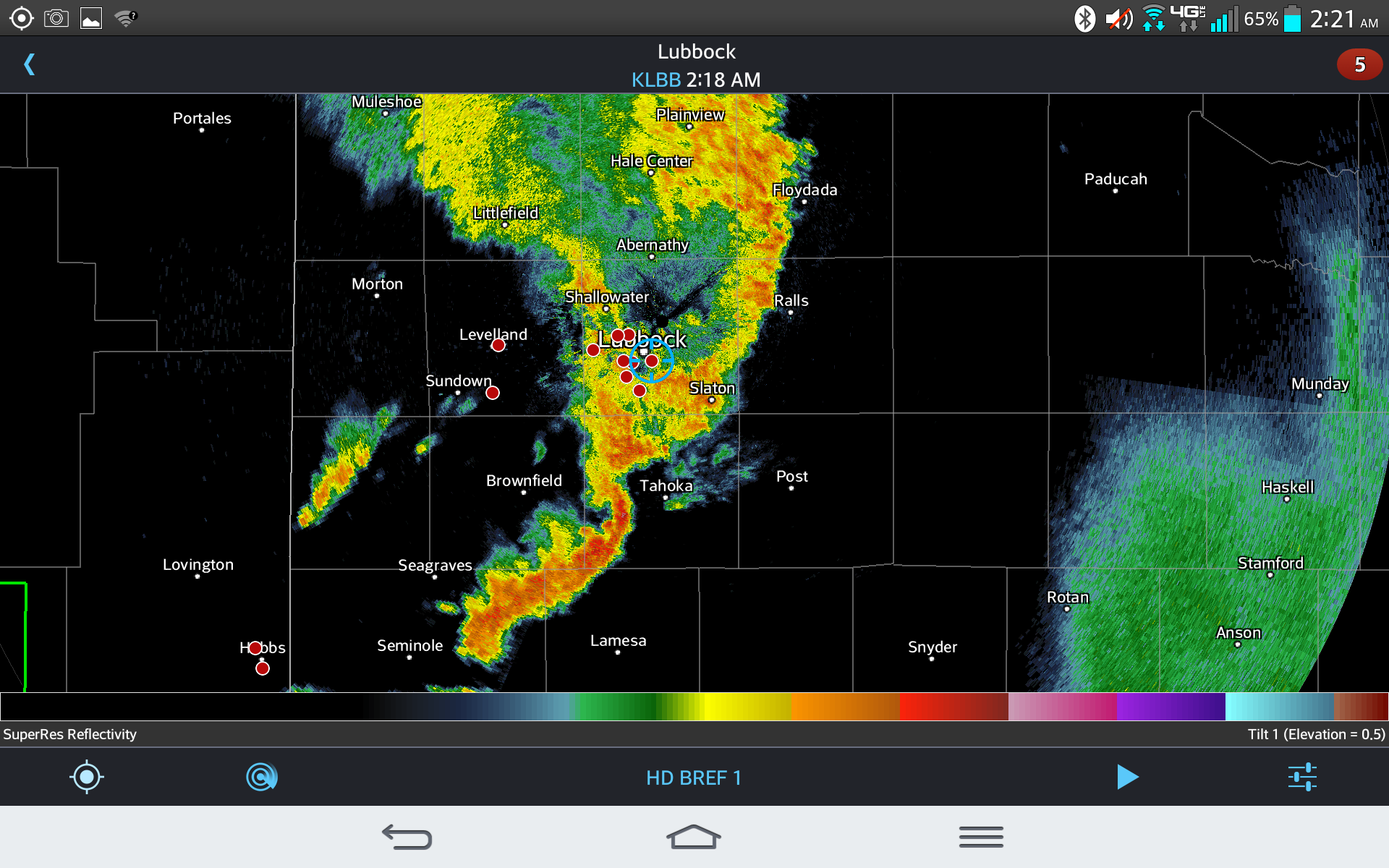 This is an image from RadarScope, combined with the SpotterNetwork feed. The red dots are other storm chasers, and the blue crosshairs are me.

This blog is about my tales in storm chasing. My name is Seth Price and I am an instrumentation instructor at New Mexico Tech. My amateur radio call sign is N3MRA.
View all posts by highplainschasing →
This entry was posted in Chase Account and tagged cloud photo, meteorology, photography, storm, storm chasing, tornado, travel, weather, weather forecasting, weather photo, weather prediction. Bookmark the permalink.