At Vici, we stopped for internet and a rest stop and decided to head north on OK-34 instead of continuing farther west. We passed through Woodward, which was quite eerie for me and into KS, where the road became KS-1. I ran a few counties for the county hunter net on 20 meter amateur radio.

We stopped in Coldwater, KS to evaluate and to refuel. While at the gas station, we met an incredibly friendly cat that perched himself on the brick facade to be at arm’s height when customers walk into the store. Every customer petted the cat. He had a gash on one side of his body, but it seemed to be healing well. We petted the cat and watched the developing cumulus field for several minutes, then proceeded north on US-183.

At Kinsey, KS, we were able to see the first outlines of cumulonimbus clouds forming. We continued up Edwards County Rd 1 to Rozel, KS. Along that route, we saw the below cell, one of about three that formed in a line.

There was a cell farther north that was a good ways away, and this cell along side of us. We stayed with it for quite some time. After reaching Rozel, we took KS-156 east to US-183 North towards Hays, KS.

Just north of La Crosse, we went west on KS-4 to try to get as close as we could to the second cell, as the first one was out of play. Instead, we hit heavy precipitation and turned back east on KS-4 and then north on US-183 towards Hays, KS.

However, along US-183, it looked like the cell we were on died, while the northernmost cell stormed and tornadoed all over Russell, KS.

We pulled over at the Kwik Stop in Hays, KS and watched the last hours of daylight slip away. I did get a few neat shots of the mammatus clouds we were under from the two cells: 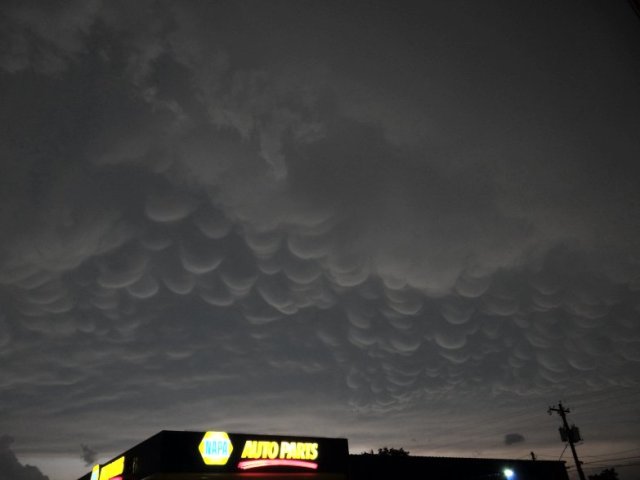 I also took some long exposure shots of the lightning that was almost over Hays, KS, but I kept getting rain spots on the lens: 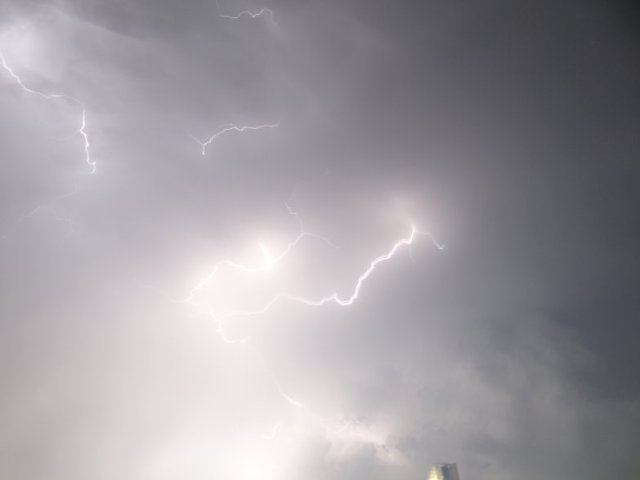 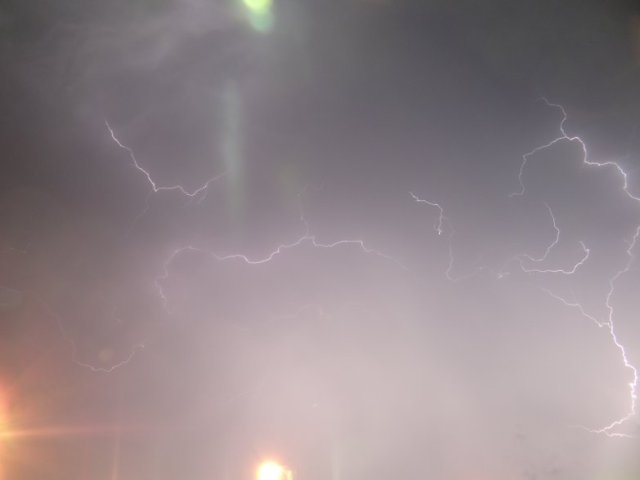 After a few minutes, new warnings were issued for the southern cells. Because it was after dark, we decided to wait until they had crossed US-183 and see if there was anything to see from the west side. At one point, we could see a wall cloud, but not the doppler indicated tornado. 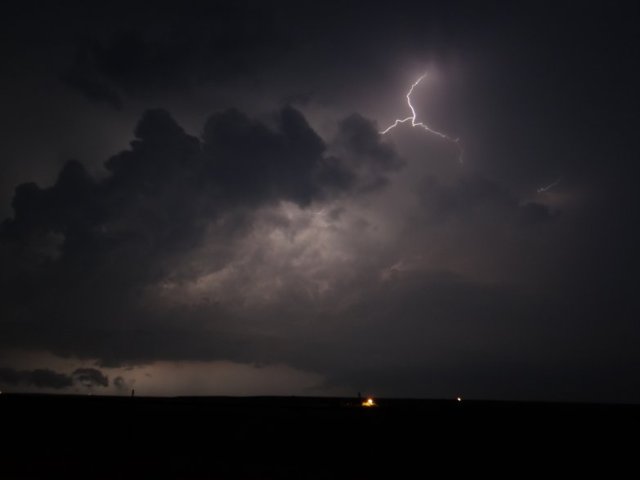 We watched the low wall cloud in the lightning for some time before heading south on US-183 towards our hotel in Liberal, KS. Once we reached La Crosse, however, we were redirected as a tornado had passed through the south part of town and US-183 was blocked. We took KS-4 to US-283 and then down to Liberal for the night.